When it was first launched, the Murano was more of an SUV rather than a crossover which offered great off-road performance with a very aggressive look. However, throughout the years this changed tremendously so the latest model of the car, the 2015 Nissan Murano, is a much more refined vehicle than the first generation and it also happens to be one of the best selling crossovers on the market to date. Its bold looks, great interior and good engine are the strong points of the car and there is really nothing wrong with it besides a few minor features which could be improved in the future models.

The 2015 model has been released back at the end of 2014 and since then it has not changed a bit. It looks great, the engine offered with the car is quite old but reasonably capable and the chassis is just as good as any other sedan chassis on the market. The only negative point of the car is that the off-road performance is nearly zero. This means that even when it is equipped with the all wheel drive system, the Murano is average at best because there are no lockable differentials and the braking-based torque vectoring system just can’t handle the torque of the car all that well. The good part is that the Murano is already available and it starts at just $31,000 or less which is very good for what it has to offer. 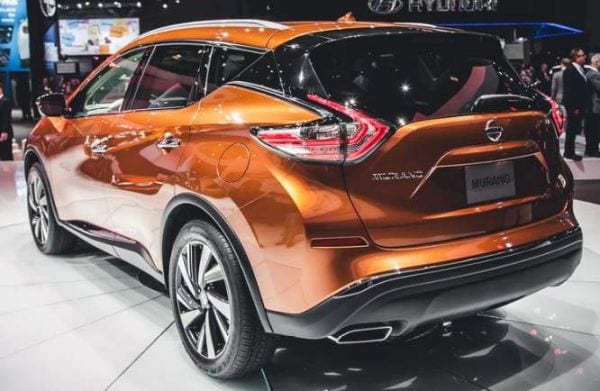 The exterior of the 2015 Nissan Murano has to be the most intriguing part of the car because it looks like nothing else on the market and up until recently it has been the only good looking crossover in its class. The front end features the usual V-style grille with two integrated headlights which make it look quite aggressive. The B and C pillars have been blacked out so the car looks like a coupe having a floating roof effect while in the back it features the perfect blend between aggressive style and clean looks. The only problem here is that the A and C-pillars are quite thick so the visibility outside the car is not that great. 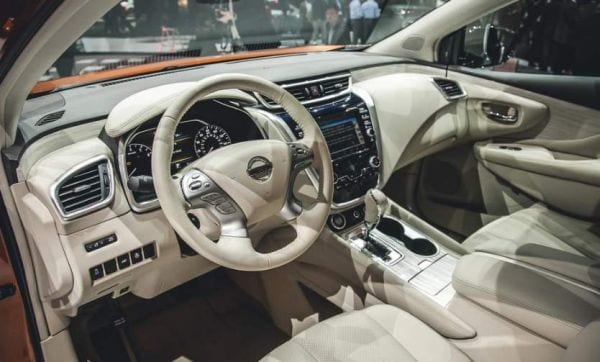 Fortunately though, even the most basic Murano comes with frontal collision warning, blind-spot monitoring, cross-traffic alerts and even an emergency braking system. All of these make it more than safe, especially in the city and surround it where the Murano shines. There are also quite a few commodity features such as automatic climate control, leather wrapped seats and better than average materials around the interior as well as a multifunctional steering wheel and more space than any of its direct competitors.

Under the hood of the 2015 Nissan Murano there is a single engine offering, a naturally aspirated 3.5 liter V6 which has been around for quite some time now. The good part is that the engine is quite gutsy even though it is not the most powerful out there and it offers a good amount of torque as well. It is capable of 260 horsepower and 240 lb-ft of torque which is likely going to be upgraded to around 300 horsepower in the 2016 model. The engine is coupled to a CVT gearbox which may sound like a problem but the CVT in the Murano is one of the best out there. 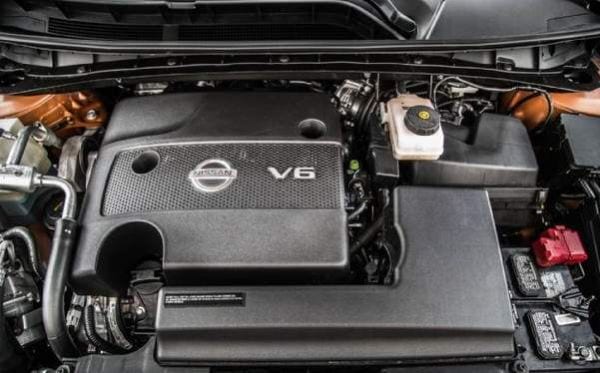 The only problem we have with it is that the driver can only change gears via the center mounted knob which is worse than having paddle shifters on the steering wheel. Front wheel drive is standard with all versions while all wheel drive can be had as an option and no matter which one the buyer chooses, the Murano will be able to deliver around 25 MPG on average with ease which is very impressive indeed.

The 2015 Volvo S60 promises to be the German saloon killer. Why? Well, to put it simply, it will offer …