Diesel has come in for some bad press in recent years, but it remains the most popular form of fuel for heavy duty trucks. This is largely because it is kind to the internals of an engine, and it returns excellent fuel consumption when used for heavy vehicles. Often seen as inferior to the gasoline engine, there are in fact benefits, especially in heavy-duty form.

In the article that follows we will look at the benefits of diesel over gasoline, what makes a heavy-duty diesel engine, and some examples and details of the most-used models in USA trucks. Let’s start by looking at what a diesel motor is.

Like a gasoline motor, a diesel is an internal combustion engine (ICE), yet there are differences between the two. Rudolf Diesel, who invented the concept and patented it in 1892, was looking for improvements to the basic ICE. He discovered that if compressed to a high enough level, air would reach a temperature at which it could ignite the diesel fuel.

This immediately led him to believe that such a method would be more efficient than the gasoline engine which relies upon spark plugs to perform the ignition stage. He was right, and the diesel engine soon took off and began to be used widely. However, there were some drawbacks: they were noisy, produced a lot of smoke, and were less smooth in operation than a gas motor.

Fast forward 100 years and those problems have been solved. A modern diesel engine is as much as 30% more efficient than a gas engine and uses less fuel. It produces more energy and torque – the latter being the pulling power of the motor that allows it to handle heavier loads – and diesels are generally longer-lasting than a standard gas engine. These are all reasons why they are popular as heavy-duty motorss in trucks.

If you check out finditparts.com you’ll find a lot of information about what makes a diesel motor run, so now let’s talk about those that are defined as heavy-duty.

What Makes a Diesel Engine Heavy-Duty?

While there has been controversy over certain diesel engines this does not extend to heavy duty truck engines, and is limited to certain car manufacturers. We won’t get into that here, but thought it best to get it out of the way! So, what makes a diesel engine heavy-duty? Over the years many developments have been made to diesel and ICEs in terms of efficiency, power and torque. Reliability has been vastly improved, and lifespan also increased.

The heavy-duty diesel engine is one that is designed to be more robust and powerful, and specifically intended for heavy trucks, the kings of the road. It’s notable that some truck manufacturers offer a choice of heavy-duty diesel motors across their ranges. Next, we will look at some of the latest and most powerful heavy-duty engines, and who uses them.

Makers of heavy-duty diesel engines tend to be specialists in the field, hence you may not have heard of some of the following brands. While electric vehicles undoubtedly have a place in the future of road transport it is difficult to see that being so where heavy trucks are concerned. Here are some of the most impressive heavy duty diesel truck engines.

Cummins is a leading brand in the heavy-duty engine world, yet one that is hardly a household name. Founded in 1919, in Columbus Indiana, the company took its name from one of the founders, a mechanic named Clessie Cummins. The focus of Cummins was the development and refinement of diesel engines, in which it is still a world-leading name.

Cummins motors are used in everything from heavy trucks to military vehicles, as well as in industry and agriculture, and remain among the most revered of all such machines. The 8.3L has gained legendary status since its introduction in 1985. As with all engines of this type the idea is not necessarily massive horsepower – the basic model produces just 270bhp – but torque, as it is this that enables the efficient pulling of heavy loads. The 6-cylinder engine has been popular in Peterbilt, Volvo and Kenworth trucks, and is highly regarded for outstanding reliability.

Not to be confused with nearby rivals Ford, Detroit Diesel Corporation was founded in 1938 to design and produce heavy duty engines. It remains a major player in the industry and is now part of the mighty Daimler AG group, which incorporates many well-known brands associated with trucking.

The DD15 first appeared in 2007 and has been used in a variety of trucks. A 14.8litre engine offering torque up to an amazing 1750lbs of torque, the DD15 can be found in trucks from Freightliner and Western Star. While that torque figure is mighty, bear in mind Detroit makes motors giving even more!

Famous for its construction machinery, Caterpillar is a recognisable brand thanks to its yellow branding that is seen all over the world. It’s also been an engine manufacturer since formation in 1925. Its range of heavy-duty engines is largely used on heavy industrial machinery and agricultural plant, but the turbocharged, 6-cylinder, 7.2litre 3126 has been a popular choice in the Freightliner FL70 range of trucks. It’s been around a while, but remains one of the most respected heavy-duty motors of all.

We set out to give you an idea of what makes a heavy-duty diesel engine different to the standard vehicle motor. In summary, the above and many more are engines designed to provide vast amounts of torque across a wide horsepower range and through the revs, so that they are ideal for hauling heavy loads. You won’t be doing 0-100km/h with one of these very quickly, but what you will find is the power and pulling ability is constant, massive and undeniably as impressive as it gets. We hope we gave you the information you need to get an idea of how amazing these giants of the road can be. 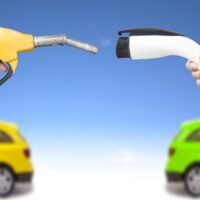 Are Electric Cars Better for the Environment? 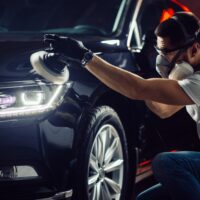 The Best Ideas to Decorate Your Car Exterior

Everything You Need to Know About EV6 Injectors

Digital Odometer – Does it Interfere with Mileage Correction?

Explore the Top 4 Pros of Light Bars for Cars & Trucks