Lamps atop horse and cart carriages were the first forms of headlights. However, employing candlesticks as the first source of lighting had a significant problem. These lights were readily blown out by the passage of air as horseless vehicles got quicker. Electrical headlights were first deployed in 1907, and the world has never turned back.

Headlights took a long time to develop. We now have more adequate lighting options, such as LEDs, thanks to contemporary technology created during the last several decades.

Because halogen lights don’t last very well and cause a lot of issues for drivers, they are eager to test led vehicle lights. They have a dazzling sheen, are dependable, have such a longer life span, and additional benefits.

However, LED automotive lighting technologies are still in their infancy. Cars with a basic setup of led headlights are pricey. The majority of people purchase aftermarket led vehicle lights to put themselves.

The goal of using light in the dark is to brighten up the area. LED lights shine so brilliantly that they brighten the room by up to 80% more than traditional incandescent lights. They also consume less energy, making them even better. The loss of power due to heat is reduced, and thus the output is boosted.

Aside from efficiency, LED headlights have a longer life expectancy than other forms of lighting, often three to six times longer than conventional types of illumination. Consider this: incandescent headlight lights have an average lifespan of 1,000 hours. LED headlights, on the other hand, have a lifespan of around 15,000 hours or longer.

LED headlights also increase late night vision, which has a significant influence on personal protection, reducing the likelihood of collisions owing to low visibility and assisting motorists in avoiding potentially disastrous circumstances in which they would have to try to restore losses from a traffic accident.

LED lights do, in fact, have a greater initial cost than other forms of lighting. However, there are a few things to consider when comparing prices: they consume less power, put less load on your vehicle’s battery, and have an exceptionally long lifespan.

Quality LED lights may last up to 30 000 hours, far longer than the typical vehicle’s lifespan. This is due to the fact that they do not use filaments but rather diodes. Diodes are protected by a plastic casing that can withstand stress, vibration, and severe temperatures.

If you despise the boredom of one-color illumination, these lights are for you. They come in a variety of colors for you to select from. From red, blue, orange, yellow, and white you are totally covered and can’t miss your favorite.

Car lights are necessary because they assist a driver when driving, particularly at night. Because some drivers are afraid of blinding an incoming car, the majority of accidents occur at night. As a result, LED headlights are preferable for the mentioned reasons above. 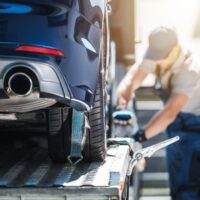 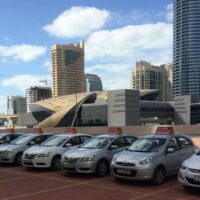 Renting A Car In Dubai: 5 Benefits And No Drawbacks

Everything You Need to Know About EV6 Injectors