Dirt bikes refer to the light-weighted motor bikes which are designed for off-road riding. The majority of models of dirt bikes include tough tyres and shock absorbers. These bikes lack headlights, mirrors, and brake lights that other types of motorbikes seem to have, but on the plus side, one does not require a special licence to ride them.

They have small gas tanks, engines, and tough suspension to assist the jump over bumps and ride through a path with minimal effect on one’s bones or spine. Dirt bikes are designed for riding over rugged terrain such as mud, dirt, and rock formations.

But these days, dirt bikes are not only made for adults. These days, the dirt bikes even have a small 50cc version for younger riders to practice and learn. There are a lot of dirt bikes that even children as young as 10 year old can ride. One can also get to know about the best dirt bikes for kids at dirtxtreme.com. But before buying a dirt bike for one’s kid, parents often wonder if it would be safe for their children. This can be a bit of a worrisome and consuming question for many parents.

The answer to this question is not as simple as saying a yes or a no. The safety of riding a dirt bike depends largely on safety equipment that a kid has, the bike riding tips the kid follows and the dirt bike riding experience of the child.

Which Aged Kids Can Ride a Dirt Bike 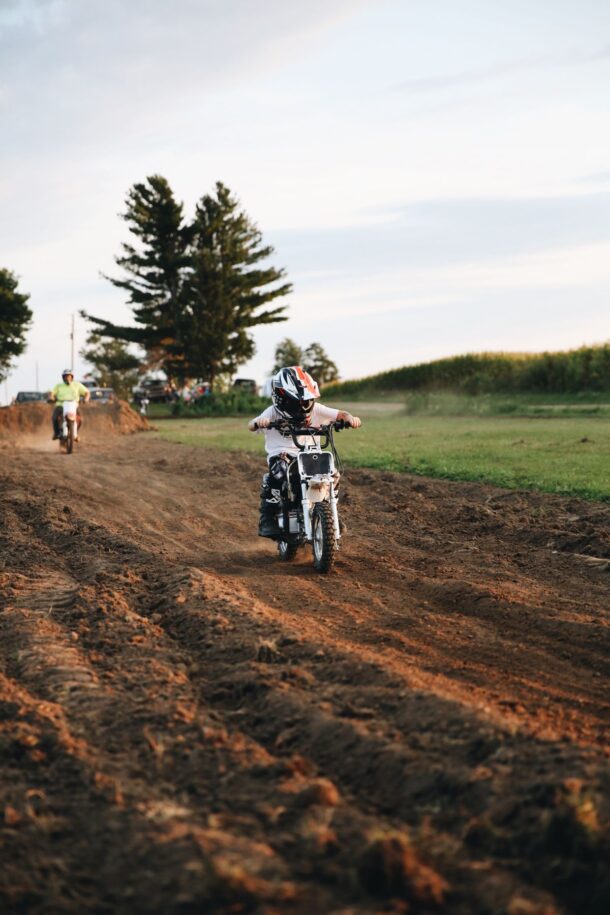 Children as young as three years old can begin riding on a small dirt bike that runs on 50cc gas. If a child is between the ages of five and ten, he or she can ride large dirt bikes under proper monitoring by parents or an adult guardian, and only when one has complete confidence in their abilities to ride the dirt bike should one allow them to ride by themselves. Moreover, the child should first learn how to ride a normal bike before trying to ride a dirt bike.

So, it can be said that, ‘yes, dirt bikes are safe if proper safety measures are followed,’ but one should also be aware that injuries are a part of learning how to ride a new vehicle, especially a vehicle like dirt bikes. However, with proper safety measures and learning tips, the chances of such an injury can be reduced significantly. Below is a list of 6 safety tips that kids should follow while riding a dirt bike.

1.  Kids should stay off the roads while riding dirt bikes

No matter the circumstances, kids are not permitted to ride dirt bikes on public roads. It puts their lives in danger since dirt bikes are not designed to be ridden on roadways. Instead, kids should ride in sand parklands or on dirt bike tracks that are specifically designed for this purpose.

2.  One should inspect the dirt bike before allowing a kid to ride it 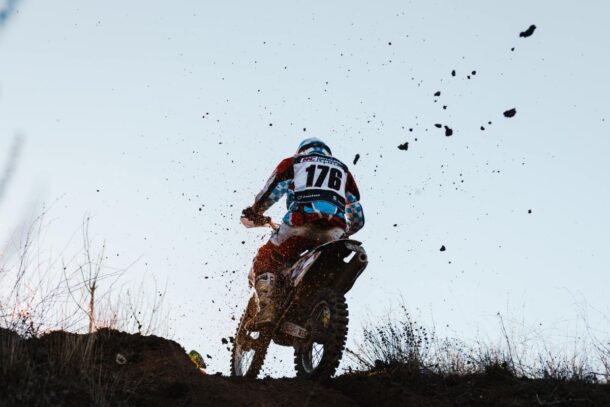 It is critical to inspect one’s kid’s dirt bike before allowing them to ride it because a tear in the tires or rims can lead to one’s kid losing control and meeting with an accident. Hence, it is important to check all of the parts of the dirt bike before each ride without fail.

3.  Kids should keep the bike’s speed within a limit

It is critical for novice bicyclists, especially younger kids, to ride the bike at low speeds. If a kid rides his or her dirt bike at too high a speed, he or she might lose control over the bike which can eventually lead to accidents and injuries. As a result, it is critical that kids ride at a safe and low speed.

4.  Kids should have all the protective equipment

The most important thing that one can do as a parent is to keep one’s child safe. Parents can do so by buying protective gears and safety equipment for their kids. The average cost of high quality safety gear can be a bit on the higher side, but good safety equipment and protective gear helps in protecting against major injuries and saves lives and thus is a valuable and worthy investment.

5.  Kids should be supervised by their parents or an adult guardian

While riding a dirt bike, especially during the practice period, parents should keep an eye on their children and their progress. It is critical to be cautious and aware of what is going on around at all times while supervising one’s kid’s dirt bike riding sessions. It is essential to make sure that one’s child follows all the safety riding tips and does not ride too quickly. 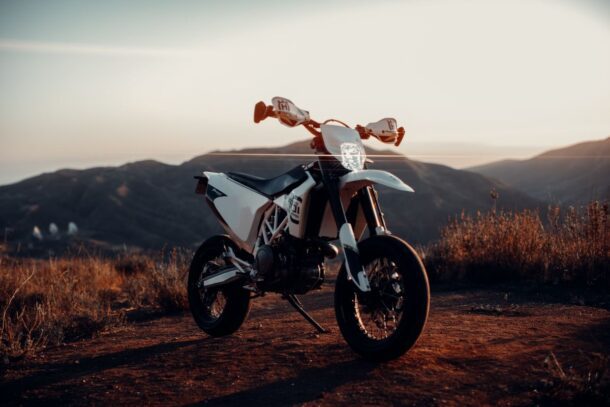 Parental responsibility is critical because the parents are ultimately in charge of their children. It is critical to remember all of the safety procedures and to always oversee one’s kids until one is completely confident that one’s kid can ride alone without anyone’s assistance. Parents should always  explain the rules and risks which may result from a dangerous move on the dirt bike to the kids. Parents should remind their  children to be act responsibly in all situations, and remember to encourage and support them even when they make a mistake or fall down.

6.  Kids should not ride a dirt bike in the rain

One more important thing to consider is to not allow one’s child to ride in areas where there is rainwater or mud because the danger of an injury rises in such cases. As a result, it is not recommended for parents to allow their children to ride their bike in rainy conditions.

In conclusion, allowing one’s children to ride a dirt bike is not always such a difficult choice to make. Although riding Dirt Bikes can be a bit risky for kids, it is not completely dangerous or unsafe if the kids and their parents ensure that the safety precautions are being followed. This not only makes dirt bike riding fun but also builds up the confidence of kids.

Motorcycles offer a unique ownership experience, unlike any other road vehicle. The sense of freedom and independence that many owners …

With the arrival of spring, we see more and more cyclists on the streets. Motorcycles are considered a very practical …

From off-roading to biking, a classic scooter imparts itself to different applications. That said, it’s only fair to say that …