This generation of the Civic lacked a high performance Type R version which was a big disappointment for many people. In order to try and improve what they did, Honda released back at the 2014 Geneva Auto Show a Civic Type R which was actually based on this generation of the car and not too long ago they officially announced that the car would be released both on the US and European markets by the end of 2015. However, the car is going to be sold as a standalone vehicle because the Civic is actually going through a major redesign which is going to be released some time in the early 2016 and basically render the design of the Type R obsolete. This is going to be addressed by releasing a 2017 Honda Civic Type R which would replace the currently unavailable Type R, quite a messy situation created by Honda because they just couldn’t deliver the car faster due to problems with their engine and gearbox.

The 2017 Honda Civic Type R is actually going to be one of the first Honda cars to run on their new modular platform which will allow them to lower the weight of the car, make it stiffer and also safer without increasing the costs of production too much. The new model should be out by the end of 2016 and it should be ready for sale by the mid of 2017 at a price not much higher than $35,000 which would allow it to compete quite aggressively with both the Golf R and the Focus RS, both being $5,000 more than the base Type R.

Just like with the 2015 concept, the 2017 Honda Civic Type R is going to make use of a 2 liter EarthDreams turbocharged VTEC unit which could now offer more than 300 horsepower and 300 lb-ft of torque, making it the more powerful Civic ever made. This engine would get improved fuel consumption as well as better torque delivery because there are rumors that it might get an electrically assisted turbocharger which would mean that it will spool up faster without any significant lag.

The transmission would be very similar to that in the 2015 model, so expect a front wheel drive car with a 6 speed manual offered as standard. There is also a small chance for it to be four wheel drive which would take from the advantage of the Golf R and Focus RS and it would also allow Honda to develop an even faster and more powerful Mugen version. The actual performance figures are unknown but the car could easily get a maximum top speed higher than 170 MPH and a 0 to 60 MPH time of under 5 seconds, making it almost super-car fast. 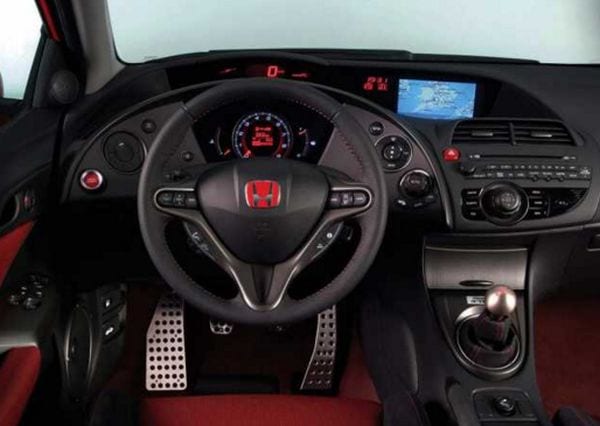 Inside the cabin of the 2017 Honda Civic Type R things are likely going to be quite similar to the new generation of the Civic, with a new dashboard as well as a new seat layout. The finished product is unfortunately available so a lot might change in the next 3 years.

However, its exterior is a bit closer to the actual production car, as Honda said with their newly released concept of the next generation Civic which is now a Coupe rather than a Hatchback like the previous model was. This would also mean that the 2017 Honda Civic Type R might be offered in a few body options, like Hatchback, Sedan and even Coupe, which would allow Honda to tackle a few different markets with the same car. In the front the details make it quite similar to the ongoing model but with different Xenon headlights and a slightly more aggressive posture but at the back the car is completely different offering a more mature design than the 2015 Civic Type R.

The Honda Accord has been, for a while, the most desirable mark of cars for all Americans. Maybe, it has …