The Audi A8 is the current flagship sedan for the German manufacturer which also happens to be one of the best selling full size luxury cars in the World. However, despite that the current car is quite old and in desperate need of a massive redesign. This has been in the works since the late 2014 and it seems that the new model might be closer than everyone thought. At first, Audi was thinking of using the same Porsche designed platform as that found in the Panamera meaning that the end result might have been quite impressive, a mid-front mounted engine in a future A8 would have made it quite impressive. However, this didn’t actually happen because Audi disagreed with Porsche and the head-engineer decided that it is better for Audi to build a brand new platform which would cost them up to 3 billion dollars. This new platform is also going to be shared with the upcoming A9 Coupe as well as the Q8 in order to minimize the production costs of the A8. 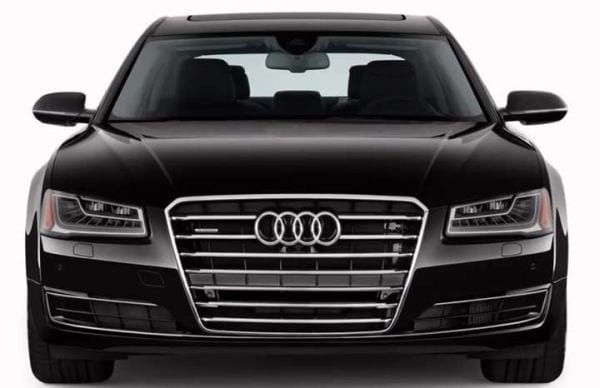 The result is the D5 model which is going to use the PL65 platform, specifically designed for it. Unfortunately this platform is quite similar to the old one, so even though the car will offer a lot of power, it will not offer the sportiness of the Porsche model. This platform is also more expensive than the one found in the Panamera so the 2016 Audi A8 could start at a base price higher than $90,000 which is almost $10,000 more than the current model. On top of that, the release of the car has been delayed until the end of 2016 with the actual production car being ready some time in the second quarter of 2017.

Engine wise, the new 2016 Audi A8 will only feature Audi based engines, so the base model should get a 3 liter supercharged V6 similar to that of the current model but this time it will make more power at 360 horsepower and more than 350 lb-ft of torque. The top of the range W12 engine is also going to be discontinued in the favor of a smaller but equally powerful 4 liter twin-turbocharged V8 which is now going to be available in two power outputs: 440 horsepower and 600 horsepower. All of these engines will use the same 8 speed automatic as before as well as Audi’s own quattro all wheel drive system. Some markets will also receive diesel engines in the car’s roster, so the 2016 Audi A8 will come with either a 3 liter twin-turbo V6 with 270 horsepower or with a 4 liter V8 with more than 400 horsepower, both of them offering well over 500 lb-ft of torque.

The exterior will change dramatically from that of the current generation and even though there is no official picture of the car, Audi released the Prologue which seems to carry a lot of the future design of the Audi models. It is unclear yet if the A8 will get a similar style to the Panamera with a longer hood and shorter back end, but the car will definitely get a sharper looking grille, more angular headlights which offer a lot more aggressive stance than the current rounder design as well as more sharp edges than before. 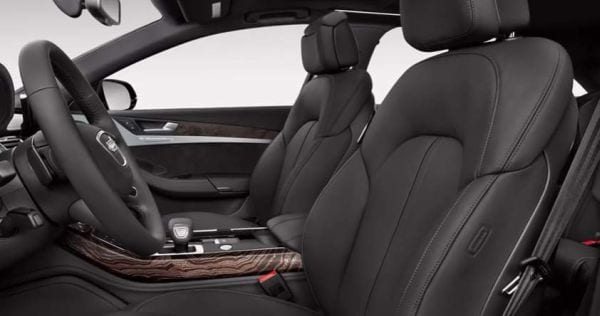 On the inside on the other hand, the 2016 Audi A8 will continue to be what the current model is, a flagship, meaning all the materials and equipment is going to be state of the art. In fact, this is very likely going to be the first mass produced car to receive an autonomous driving system which is going to drive the car all by itself on most roads thanks to a radar system and very accurate GPS unit.