The 2015 GMC Acadia vs 2015 Buick Enclave isn’t your usual match-up mainly because both cars are based on exactly the same platform, both featuring the same engine selection. The big difference between the two is the exterior. Each car has its own styling language being very different from each other.

Both cars feature similar interiors and interior trimmings. Both will come as standard with very good quality seats and satellite navigation. There is the option of getting a 10 speaker Bose sound system that is better than on most cars. Also as standard you will get rear view camera and satellite navigation. The screen in the center console can also be upgraded to a bigger unit that will allow the driver to control the sound system and the dual zone climate control.

This is where the major differences are. The Buick Enclave has a more rounded shape and seems to be more of a city car rather than an off-road one while the GMC Acadia takes a boxier approach. It looks much more tougher and thanks to a slightly higher ground clearance, it is slightly better off-road.

The 2015 GMC Acadia is actually cheaper than the Enclave. It start at around 33.000$ for the base model which includes cloth upholstery and a very good sound system with 6 speakers. For the money you get only the front wheel drive option and the base V6. The top of the range model of the Acadia is as much as 48.000$, but you get much more equipment and also the four wheel drive system.

The 2015 Buick Enclave is a bit more expensive than the Acadia, starting at 38.000$, but it also gets more equipment as standard, including a dual zone climate control unit, satellite navigation and leather seats. The top of the range model is a bit less expensive, being as much as 45.000$. For the price you will get pretty much all the equipment Acadia offers but with a few extras missing, such as the massive moon-roof of the Acadia.

Both the 2015 GMC Acadia and the 2015 Buick Enclave are expected to hit the market this summer. So expect them in showrooms around late July or early August this year! 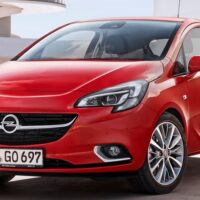 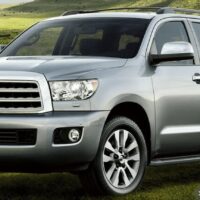