GMC is not the main player on the market, but pickups manufactured by this American automaker are well-known in the car industry. The best-known vehicles made by GMC are pickup trucks. If you live in Europe or Asia you may never heard of this company, since they don’t export their vehicles to other continents. You can find them only in the US, Canada and maybe even in Mexico. They don’t have any aspirations to reach other markets (at least for now) and they are satisfied with their reputation. Perhaps GMC’s trucks are not as commercialized as Ford’s but they have a reputation as a good and reliable carmaker.

One of the GMC’s trucks that are yet to come is the 2016 GMC Canyon. The new GMC Canyon 2016 is going to have a tough competence, since there are so many carmakers which are going to release their improved pickup trucks, such as Dodge, Ford, Chevrolet, Ram, etc. This means designers and engineers at GMC had to put a lot of effort not to lose their share of the market. New Canyon is coming with several improvements and we tried to gather all of them i one summary. 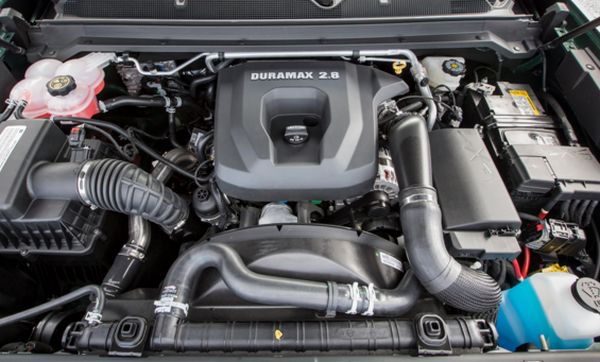 As usual, we are going to start with the engine first and then switch to design. Standard unit is the 2.5-liter DOHC inline-4 which takes after some previous Canyon models. It is able to deliver 200 HP and 191 pound-feet of torque. Towing capacity of this engine is quite low, but you should not be worried because there two more optional units. The second engine has stunning 7000lbs of towing capacity. It is the 3.6l VVT DI six-cylinder that comes with an output of 305 HP and 269 lb-ft of torque. These two engines are going to have either six-speed manual or automatic gearbox accompanied with either RWD or AWD.

The last but not least, is the 2.8l Duramax Turbodiesel inline-4. This unit has less horsepower than the first two (181 HP), but torque is exceptional (369 lb-ft of torque). This engine is coming with only two trim levels, SLT and SLE Crew Cab variants. We don’t have any info about the transmission, but we suppose it won’t be different than the first two engines. Also, there are both two-wheel and all-wheel driving system. 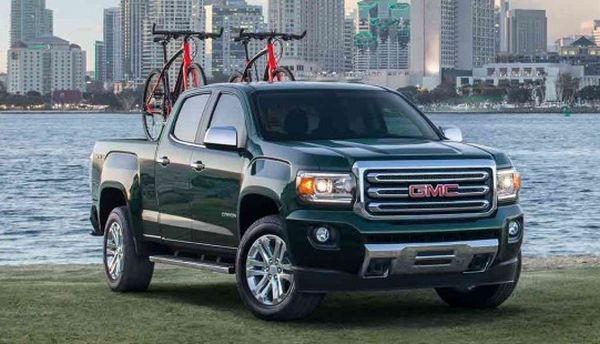 The 2016 GMC Canyon is going to come with a completely new platform. This new platform is going to change the appearance of the vehicle and there will be some visible differences between new model and its predecessor. Generally, it will be modernized and more luxurious than before. Engineers used more aluminum in order to decrease the overall weight of the car. Besides this, there will some modifications on front fascia, but at this stage we are still unsure about the details.

New 2016 GMC Canyon can accommodate five people. Drive is very convenient since it is equipped with the latest materials and top-notch technology. It will have all features that previous model had, but some of them are going to be updated. Cabin is in line with the exterior and this means it is modernized and luxurious. GMC always tries to create convenient trucks, not just for off-road drive but also for all those who just like traveling in a pickup.

The 2016 GMC Canyon is going to come to the market in the following few weeks, according to some speculations. This means it will hit the market at the beginning of 2016. Pricing starts at $22,000, this is how much base model costs. For additional $4,000 you can get fully-equipped diesel Canyon with astonishing towing capacity hence we definitely recommend this trim level for all of you who are thinking of buying new GMC Canyon 2016.