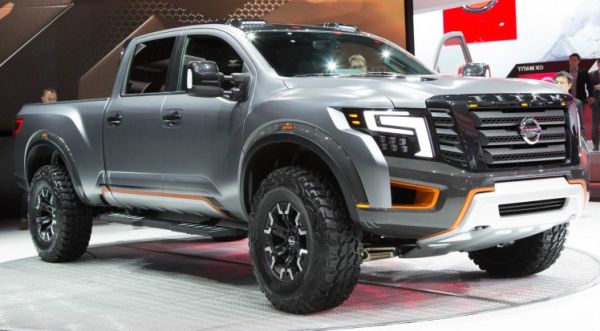 At the 2016 North American International Auto Show, Nissan has presented its Titan Warrior Concept. So, let`s take a look what plans the company has for the new Nissan TITAN Warrior. 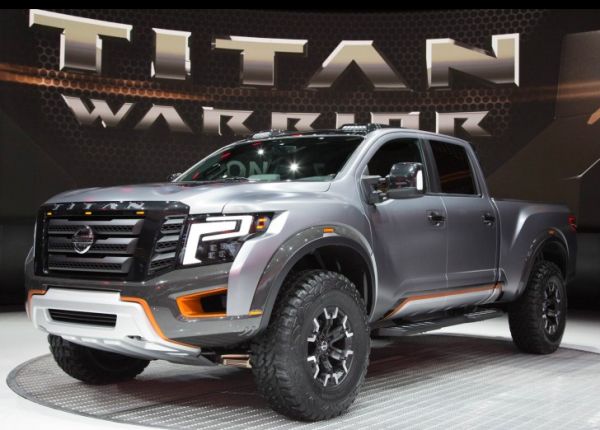 Exterior wise, the Nissan TITAN Warrior will come with so many changes in its appearance. It will look bold, striking and rugged.
At the front, the grille will come much bolder and the bumper will come all new. Its headlights will be quite unique and futuristic. This car will come three inches wider. At the sides, the fenders will be wider and larger and they will have nice carbon fiber accents. This car should stand on 37 inches tires, with black spokes. At the back, the car will have two pairs of exhaust ports and carbon fiber spoiler, which will provide sportier and clean design. The taillights will receive LED bulbs.
The exterior of the Nissan Titan Concept is accented with a color called Magma, providing nice contrast to the gray paint. 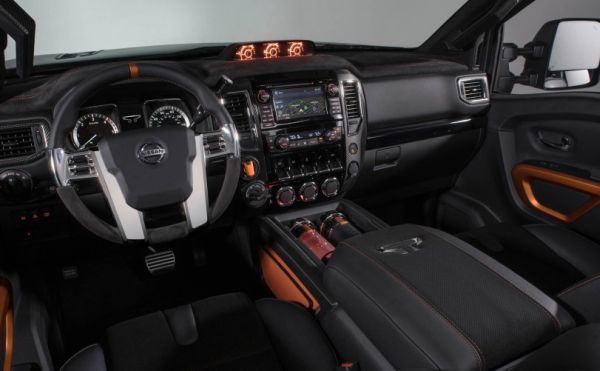 The interior is imagined with a lot of details and also well-equipped. It will be decorated with an accent color Magma, nicely lifting up overall interior`s look and matching with the exterior. This accent color can be found on the center console, the door panels, the start/stop button, etc. The dashboard will get new controls below the infotainment system, while above the dashboard will be a set of gauges. The center console will come with two drink containers, one is for heating and another one is for cooling the drinks. Nice touch! As for the steering wheel, it will have nice chrome accents on its spokes. As for the material, this interior will come with Suede leather which can be found on the A-pillars, roof and at the top of the dashboard. Carbon fiber will also be included in the interior, you can find it on the center console, the grab handles, as well as on the AC vent surrounds.
All of these details look pretty nice. Without the doubt, the appearance of the interior is amazing, but will it make through the production version? 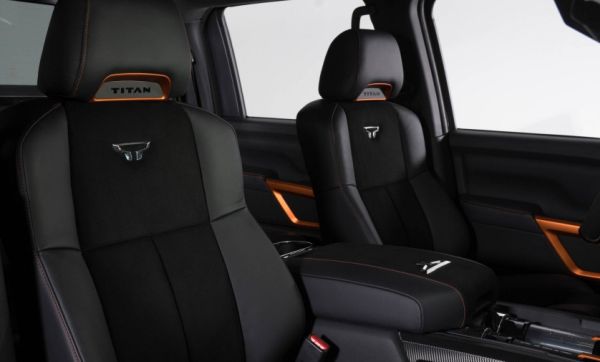 The Nissan TITAN Warrior Concept will have under its hood a 5.0-liter Cummins V-8 turbo diesel which will be capable to deliver 310 hp and 555 pound-feet of torque. The engine will be mated with a six-speed automatic transmission. It should also get an updated suspension. 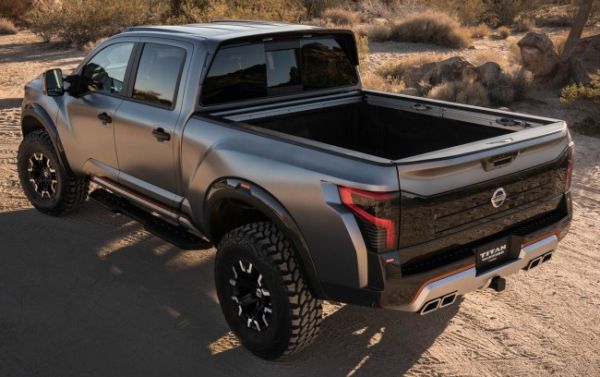 Since the Nissan TITAN Warrior is just a concept, the price and release date can`t be a part of discussion at this point. However, let`s see what is good about this concept.
Well, this concept has quite handsome exterior look, reflecting its boldness and ruggedness, while the interior is presented as well equipped with a lot of details. Also, the car is imagined with Cummins Turbo diesel and an updated suspension. 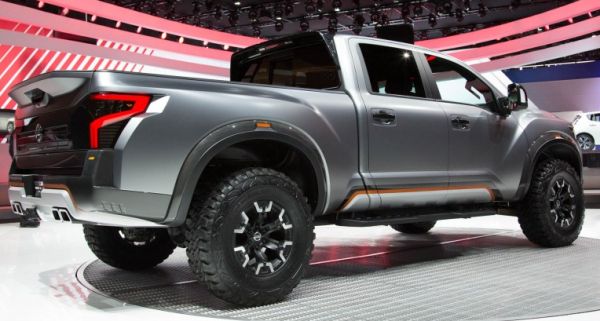 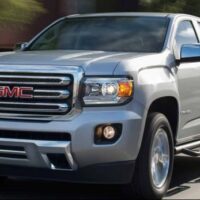 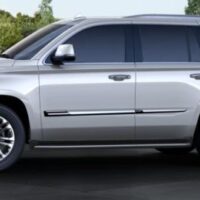