Ford has one of the best subcompacts on the market with their Fiesta. The car is very fun to drive for its price, has a really nice interior and its engines are quite nice. The only drawbacks with the car are its lack of high end equipment and the small amount of space for the rear passengers in the sedan version. The car has just been revised with the 2016 Ford Fiesta which is not an all new model despite the fact the current generation has been released back in 2008. However, the 2016 model does come with a lot of improvements over the older one. 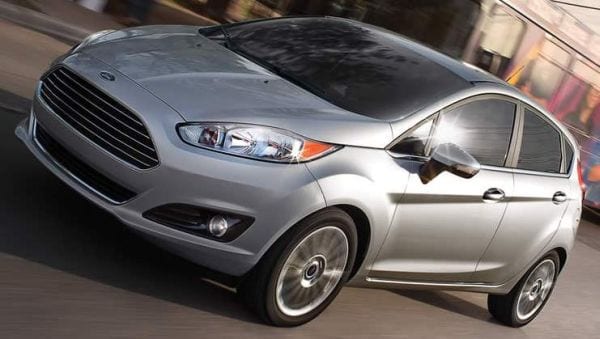 For example, the interior has been revised with new equipment and even though it still is lacking some of the features of its competitors, the Fiesta became a better choice thanks to this updates. The exterior on the other hand remained unchanged and its engines are just as they were nearly three years ago. There are rumors about a new engine coming on the US market but it is highly unlikely, especially for this generation of the car. The price remained unchanged for the base model which starts at just over $15,000 while the top of the line ST model will fetch around $22,000 which still is great for what it has to offer. 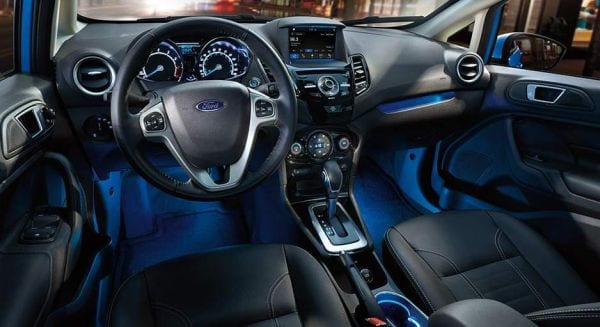 The most changes happened inside the cabin so the 2016 Ford Fiesta is one of the two new models from Ford which received the all new Sync 3 infotainment system. This is also the first time when the car received a touch-based infotainment system which is great news for people looking to buy it. The Sync 3 system is not only faster to operate but it is also much easier to use because the interface is logically laid out and all the buttons are very easy to press. However, it only comes as an option and only on the higher end models but it is a nice feature to have nonetheless. The base versions received two USB ports which can be used to charge different devices as well as a perimeter alarm and a key-less entry system which may prove useful for those in a hurry.

The exterior of the car remained pretty much identical to the 2013 update which is to be expected. The front end still has the Fusion-inspired grille and its headlights are just as mean-looking as before. The car will not be updated on the outside until the new RS model will come out some time in 2017 when it will receive a new body kit as well as quite a few aerodynamic features.

Engine wise, the 2016 Ford Fiesta comes with three engines on the US market and a lot more in Europe. The base version in the US is a 1.6 liter naturally aspirated inline 4 good for 120 horsepower and 112 lb-ft of torque while the option is a 123 horsepower 1 liter EcoBoost inline 3 which is quite gutsy with its 150 lb-ft of torque. Both of them are available as standard with a 6 speed manual and a Start/Stop system while a 6 speed automatic is available as an extra.

The ST model gets a bigger 1.6 liter EcoBoost inline 4 which offers 196 horsepower and 214 lb-ft of torque which together with its incredibly well balanced chassis, it is enough to put to shame much more expensive cars such as the Golf GTI or even the Peugeot 208 Gti. Europe gets a naturally aspirated 1 liter inline 3 with 80 horsepower as well as a less powerful 1 liter EcoBoost model. Unlike the US market though, in Europe, the Fiesta also comes with a few diesel engines which are some of the most fuel efficient on the market with the 1.4 liter diesel being able to achieve as much as 80 MPG or more on average!