The Continental name has been absent from the US market ever since 2002 and up until a couple of months ago there have been no plans of getting the name back online. However, Ford and Lincoln released, to everyone’s surprise, a Continental concept-car which was quite controversial as its design was very similar to some Bentley cars. However, the concept received a lot of good feedback so Lincoln decided that it might be the right time for them to release a new car with the 2016 Lincoln Continental. This is going to replace the ongoing MKS which sold quite poorly in comparison with their other models. 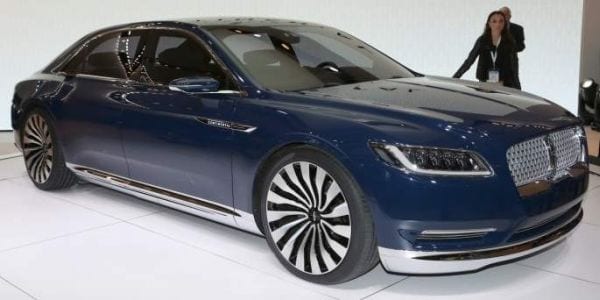 The upcoming Continental will have nothing in common with the MKS which is great news for the consumers as well as for its competitors because it gives Lincoln a fighting chance in its class. The car will be in fact based on a stretched version of the CD4 platform which also underpins the Fusion or the upcoming Taurus. This time though, the car will weigh around 500 pounds less than the MKS thanks to the extensive use of aluminum and high strength steel. This will allow for a more efficient and comfortable car and it should make for a true flagship in their car roster.

Under the hood of the 2016 Lincoln Continental there is going to be a brand new engine, a 3 liter twin-turbocharged V6. This has been actually derived from the 2.7 liter truck version of the EcoBoost line but it only be available for Lincoln, hence the Lincoln EcoBoost name. At this point in time we don’t know for sure how much power the engine is going to make but it is safe to assume that it will likely provide over 330 horsepower and 360 lb-ft of torque. In fact, some people even suggested that this 3 liter mill could make as much as 400 horsepower and more than 400 lb-ft of torque with ease.

The platform of the car is a front wheel drive one which has its advantages and disadvantages. However, the Continental will only be offered with a standard all wheel drive system which will send all of its power via electronic differentials. This should give the car a torque-vectoring system similar to the one on the Focus RS. The transmission of choice is likely going to be Ford’s 9 speed automatic which will be smoother and even lighter than the 6 speed automatic currently installed in most Ford vehicles. 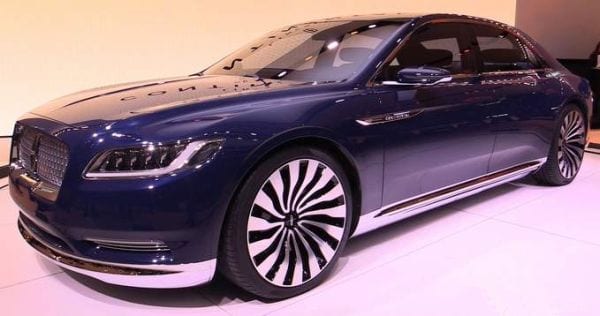 The exterior of the new 2016 Lincoln Continental is going to be pretty similar to that of the concept car which is great news because despite the fact that concept car has been heavily criticized, it looked amazing. The front end will continue with that understated look with a two-piece grille and the simple yet elegant headlights while in the back the curvy design of the concept will be maintained. The wheels on the other hand are not going to be the same. The production car will likely come with 18 inch rims as standard with the possibility of getting 19 inch rims for the higher end trim levels. The chromed accents on the exterior are likely going to be kept while the fully LED lit headlights will be carried over on the production model as well.

Inside the cabin, the 2016 Lincoln Continental will finally be the flagship Lincoln needed to make a name for themselves once again. The dashboard will get a unique design with chrome and leather inserts that will certainly make it stand out from a crowd while the seats as well as the equipment level are going to be on par with the most expensive European and American luxury sedans.

Unlike larger of the duo, Cherokee doesn’t offer as much room and refinement, but it still manages to put both …