The US version of the Colorado has been launched quite recently on the US market as a 2015 model and despite the fact it still does not come with a diesel, the truck managed to get more successful than any of its direct competitors mostly to its low price, great interior and good looks. In order to increase its lead even further, not too long ago GM released a concept of the truck with the 2016 Chevrolet Colorado ZR2 which is an off-road version of the truck with a lot of improvements over the base model.

While it has not been released on the market for the time being and it is out only as a concept truck, the ZR2 has a real chance for production, especially since starting with the 2016 model year, its engine is also going to power the base Colorado as well. The release date for the production model is likely going to be some time in the mid or late 2016 while the truck will not go on sale until the end of that year. Pricing wise, this has been called in numerous occasions as a cheaper Raptor, so GM is likely going to sell it for around $35,000 which may seem like a lot at first but the engine as well as the general equipment level will make up for that with ease. 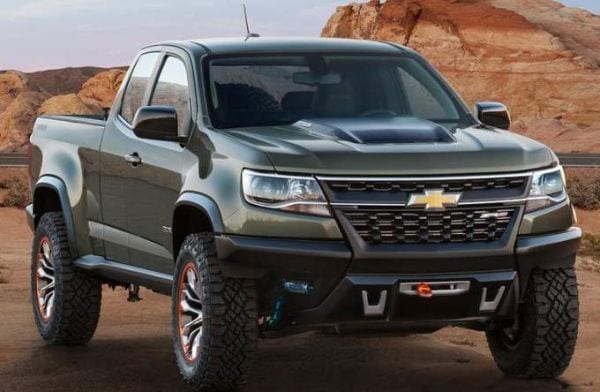 The exterior of the 2016 Chevrolet Colorado ZR2 is buffed up over the base version to the point that it now looks more like a specialized off-road vehicle than anything else. It has standard King coilovers from shocks with remote oil reservoirs, massive all terrain tires on high performance, low weight rims, a front winch, new front and rear bumpers which increase its approach and departure angles to nearly 30 degrees as well as a new design for the front end and its hood which received a bulge similar to those on the original muscle cars. Unfortunately though, it seems that the truck will be offered with the ZR2 package only on the smallest cab of them all meaning that it will only be able to carry two people which is a bit of a downside. 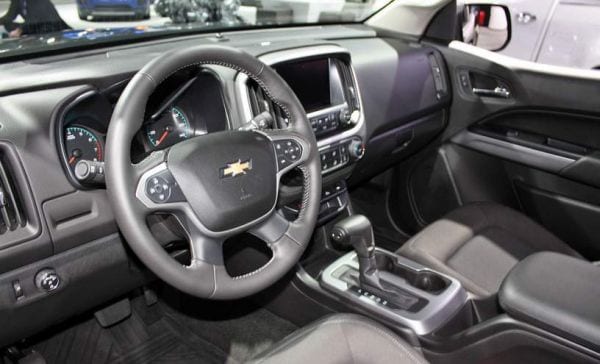 Inside the cabin GM worked a lot on the materials and equipment used on the truck. Firstly, while the design remained pretty much unchanged over the base version, the materials are now better. The seats as well as the dashboard are covered in a waterproof material so it should be quite resistant to dirt. As standard it comes with air conditioning, a navigation system, sport seats with better support as well as a new instrument cluster and steering wheel which are meant to fit the design scheme better than the old ones. 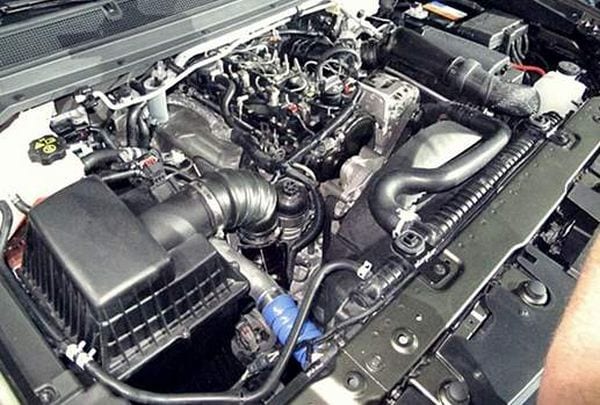 Under the hood of the 2016 Chevrolet Colorado ZR2 the usual petrol engines of the truck have been discontinued in the favor of a 2.8 liter turbocharged Duramax inline 4 diesel which has been rumored to come on the US market for more than two years now. The engine is quite capable and thanks to a urea injection system, it is capable of making up to 181 horsepower and 369 lb-ft of torque which is a loss in power but a massive 40 lb-ft of torque increase over the International version of this engine. Thanks to the lightness of the truck, it should be capable of getting more than 30 MPG on the highway with ease. All wheel drive is going to be standard on the ZR2 but unfortunately it will not receive the great 8 speed automatic from the Silverado. In fact, the Colorado will keep using the same 6 speed automatic as before which is not bad but it is not great either.

The Kuga is the European version of the American Escape. The current model has been launched back in 2012 and …

Even though it may not look like it, the Outlander Sport is Mitsubishi’s best selling model on the North American …