After the 4th generation of the Supra was discontinued back in 2002 most of us lost hope that Toyota was ever going to release a successor. However, it looks like things change and a new Supra will actually be released in the near future. While at first, this was nothing but a rumor, the new 2019 Toyota Supra has been spied testing more than once. Even though the official details are still scarce, a couple of weeks back some documents about the car leaked so we do have a pretty good idea about it. Its design has also been seen on the development prototypes but more on that later.

While the previous versions of the car have been developed by Toyota, this one isn’t. A while ago Toyota signed an agreement with BMW in order to develop a new two-door sports car. One of the two is the new Supra while the other is the upcoming Z4. While the Z4 is a convertible only, the Supra is likely going to be sold as a coupe and possibly as a Targa-top car. The running gear will be identical to that of the BMW. The two cars will not only share the same suspension components but also the same brakes and likely the same suspension setup. In fact, the two have been spied testing on the Nurburgring by the same team which means they are going to be really close in terms of handling.

For now, it looks like the upcoming 2019 Toyota Supra is going to be released in the late 2018 or early 2019. It’s possible that the new Supra, in concept form, will make its debut at the Tokyo motor show in October.While the actual date is still unknown, we are quite sure the Z4 is going to be the first one to be released on the market. 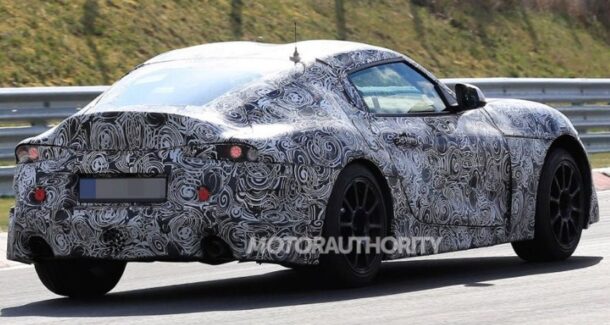 The price of the car will likely be close to $40,000 for a base model with the range-topping versions going for well past $60,000. This is actually less than what the early rumors suggested but more on that later.

Even though the early rumors suggested a 3.5 liter twin-turbo V6 alongside a hybrid system, it seems that these were nothing but rumors. Instead, it looks like the base version of the Supra is actually going to make use of a 2.0 liter turbocharged-four gasoline engine, likely supplied by BMW. This has been confirmed to offer up to 248 horsepower which is in line with BMW’s current offerings. An optional 3.0-liter turbocharged inline-six engine is also going to be made available. With up to 335 horsepower this should give the car more than enough oomph. The drawback is that none of these is really suitable for a supercar. On top of that, it looks like the 2019 Toyota Supra is not going to be available with a manual which is a real shame. Instead, the car will make use of an automatic, likely the same 8-speed gearbox currently in use by most BMWs. 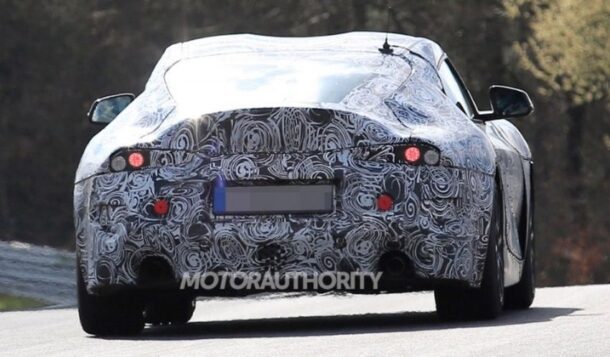 The exterior of the new Supra is going to be quite polarizing. Even though the car hasn’t been released yet, its exterior has been seen numerous times and people seem to love it or hate it. The car is quite short with a pushed-back cabin and a profile reminiscent of the BRZ. However, in the front, it seems to take inspiration from the FT-1 concept while in the back it definitely has influences from the original Supra. The car’s interior is not that special either. In fact, all the test mules had BMW interior parts, including the gear-shift lever, the steering wheel, iDrive system and even the center console. We do hope these will change for the production model but for now chances for this to happen to seem to be quite slim.

Over the years compact SUV segment became so crowded that car makers resorted to trickery. They begin to roll out …