The automotive augmented reality market has been a growing industry as more consumers choose to purchase vehicles with enhanced driver and extensive tech features that make the driver/passenger experience more comfortable, connected, and, above all, safe and on the road.

The automotive augmented reality market is expected to grow by 17.6% CAGR from 2022-2025. Geographic regions leading the charge include North America, Europe, Asia-Pacific, and more. In addition, augmented reality is proving to assist and enhance products and operations for various industry verticals.

What is Augmented Reality? 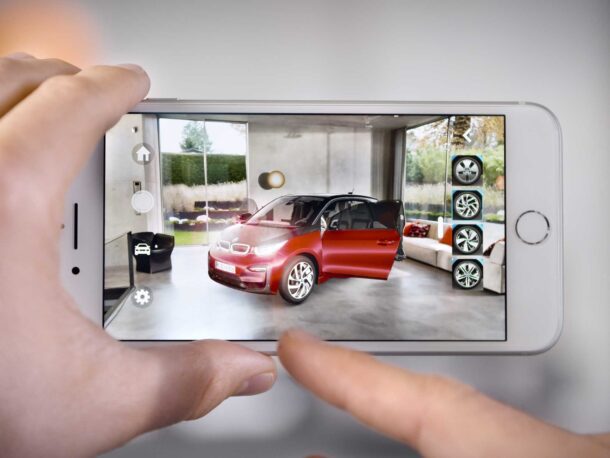 Not to be confused with virtual reality, augmented reality has more to do with adding to the reality that is right in front of you rather than creating an immersive experience in a brand new world/environment. Augmented reality is designed to enhance the world around us by providing imagery and information in handheld and wearable devices.

Augmented reality is currently being used for travel, automotive. In addition, however, health and medical fields, and other industries. AR is also being used for educational purposes at a growing rate. Applications for augmented reality include phones and tablets. In prior years, Google had rolled out glasses that had augmented reality capabilities, suspended production, then commenced with a new iteration of the product in 2017, although it probably can’t be said that glasses have become as omnipresent as phones and tablets.

However, wearable devices like Google Glass (or, simply known as Glass / Glass Enterprise Edition) are becoming increasingly popular for those who like to work with their hands and prefer to stay connected. Augmented reality is advancing in huge strides in the medical field, for instance.

How is Augmented Reality Comparable to Virtual and Mixed Reality? 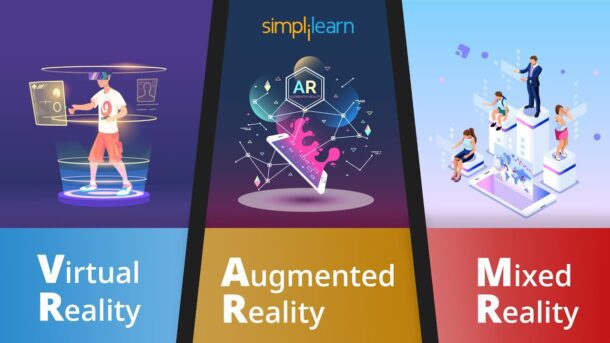 In general, there are three forms of extended reality based on the customer’s level of immersion.  They can also be used in tandem or interchangeably to address a wide variety of market needs.

The method of overlaying artificial things over an actual natural world to offer partial integration into the virtual experience is known as augmented reality.

Mixed reality is the process of naturally incorporating virtual objects into our external surroundings to communicate with them through holographic gadgets.

How Augmented Reality Applies to Automotive

You might think that AR is a somewhat futuristic technology. However, some form of AR or another has been around for decades by now. The same heads-up display technology being featured in many vehicles has been available in standard fighter aircraft models dating back to the 1990s. Heads-up displays would provide/show information about other planes, direction, speed and could also discern whether or not objects in their field of view could be classified as targets.

Sensor systems & lenses that monitor our physical environment and objects to collect information. To calculate the distance, range tracking, as well as simultaneous motion detection technologies, are used. In addition, reflection mirrors ensure that an object is correctly aligned by projecting light to a sensor and naked eye. 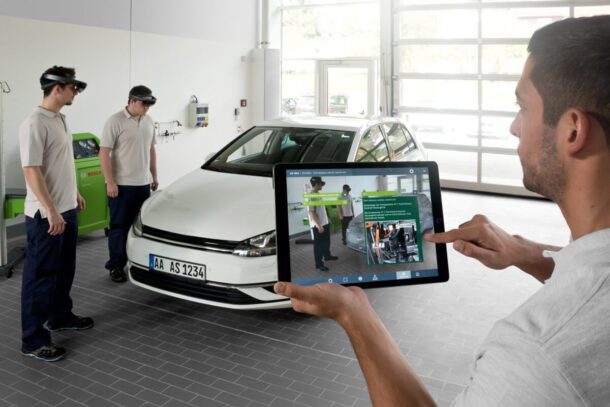 The automotive augmented reality market has also moved in the direction of vehicle service/diagnostics like RelayCars.

There are now apps for dealerships and their service departments, interactive AR technology that helps technicians perform a higher level of car maintenance at a faster rate.

Experts say that steady market growth will be in order. Various forecasts predict that the augmented reality automotive market will go from $6.8-$8 billion by the year 2025. 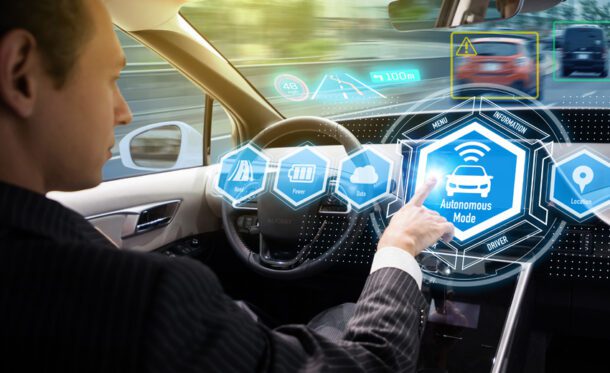 There are a number of potential use cases in automobile, based on the technology used by automobile manufacturers:

For drivers, the most significant & realistic feature of an AR HUD is protection. Without being distracting or blocking the driver’s view of the lane, the HUD will alert them to possible dangers that would otherwise go unnoticed.

Apart from driving systems, AR also helps in automotive marketing. For example, BMW and Accenture collaborated on an augmented reality technology that allows users to test drive a luxury vehicle in their driveway without needing to visit a dealer. They can also see how the virtual car appears in various colors.

Volvo’s usage of the Varjo XR-1 augmented reality headset to show visual structures to a rider when on the road is an especially notable case of AR growth in the automotive sector. This may be used in driver training to teach drivers how to brake for simulated dangers that surface next to them. Customers will also see new cars using this technology.

Wrapping Up: Market Overview of AR 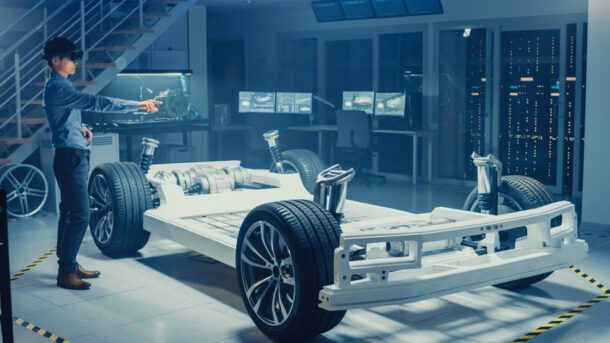 In 2022, the international AR industry was worth USD 1.98 billion, and it is projected to develop at a CAGR of 151.93 percent between 2022 and 2026. Retailers are expected to see AR as a whole new way to connect with customers and extend their capabilities.

The potential of Augmented Reality is limitless, particularly when integrated with ever-evolving communication devices, which allows the convergence of smartphones, communication devices, and innovative home accessories to offer end-users a more interactive interface. Over the projected time frame, tremendous future opportunities in biotech and medical are set to propel the augmented reality industry forward.

The automotive industry is now becoming more interested in virtual reality. As a result, many automakers are using artificial intelligence (AI) and virtual reality to differentiate themselves in the industry.