The current model of the Kia Sportage has been released back in 2010 and since then it really didn’t change all that much which is fine considering it was and still is one of the better selling cars in its class. However, the model is due for a massive redesign with the release of the 2016 Kia Sportage which is going to use a new platform, it will get a new look as well as new engines which is probably the most expected feature of the car. Just like before it is going to be based on the same platform as the new Tucson, a car which has already been released a few months ago.

We couldn’t be happier about this because the Tucson must be the most interesting small crossover in quite some time. The actual Sportage is going to be released almost a year after the Tucson, meaning it should be unveiled some time at the start of 2016 while the actual production car is likely going to be available by the end of the year. The base price hasn’t been established just yet but Kia is very unlikely to change the pricing pattern of the car, meaning a base model could be as cheap as $22,000 while the top of the line models won’t go past $35,000 which is still fine considering the engine underneath its hood. 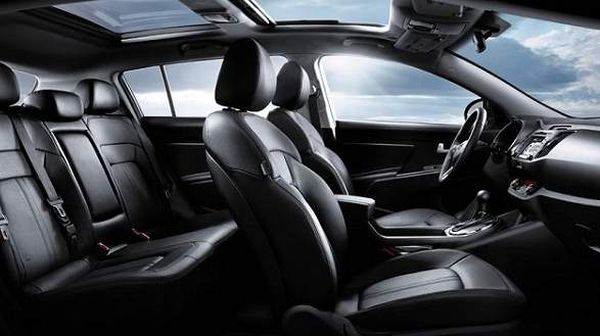 On the interior the 2016 Kia Sportage is going to get quite a nice boost, both in terms of the quality of its materials as well as the actual available space. In fact, we expect it to get around 10% more space thanks to the boxier shape of the car. This also means that the room in the back is going to increase which is always nice considering the previous model was smaller in some regards than a hatchback. The base equipment level is now likely going to include Hyundai’s brand new infotainment system which will get a 7 inch touch screen that is going to control things such as the satellite navigation for the higher end models, the automatic climate control system or even the digital radio. Unfortunately, the leather upholstery is still going to be a costly option, even on the higher end trims, meaning that it will get a disadvantage against some of its rivals.

The outside of the car on the other hand is going to change a lot, so the current shape is going to be discontinued for a boxier look, similar to that of the KX3 concept. At the front it will get a new lower grille, longer headlights as well as a round pair of fog lights, changes which are meant to make the car look lower, wider and more aggressive than before. Its back hasn’t been finished just yet but we could expect a different bumper, a slightly larger rear window which should help with the overall visibility as well as a hidden exhaust system. 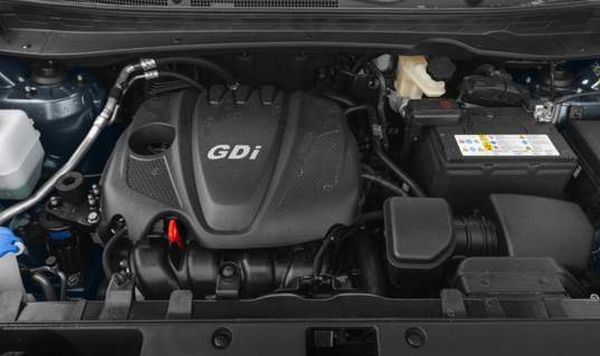 Engine wise, the 2016 Kia Sportage is likely going to get a new 1.6 liter turbocharged base engine which will match the performance of the old 2.4 liter mill. The top of the line model will still get the old 2 liter turbocharged engine which should be good for more than 260 horsepower, more than enough to make the tiny crossover blazing fast. However, the big news will likely come in the form of a new hybrid powertrain which should get a 2 liter turbocharged diesel engine coupled to a 6 speed manual and a 15 horsepower electric motor, option which could easily get as much as 50 MPG on average while having decent performance thanks to its total of 148 horsepower and 305 lb-ft of torque.