The Cruze is a compact car sold in most parts of the World for around $17,000 making it one of the cheaper alternatives in its class. However, even though the car is based on the same platform as the European Astra, it just couldn’t touch it in terms of sales mostly because the car wasn’t as civilized as the European model. Well, this is going to change because a 2016 Chevrolet Cruze has been announced and as far as it seems, the car is going to be vastly better than the model it will replace. Just like the Astra, this car is now going to be based on the same Delta II modular platform and unlike the previous model, Chevy is now going to use more high strength steel as well as aluminum in some parts of the car in order to make it safer and lighter. 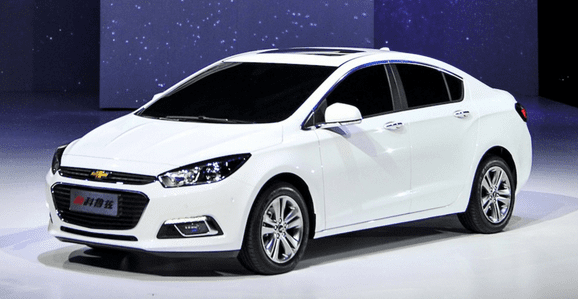 While the Chinese version has already been released, the actual release of the US version is unknown just yet. We do expect it to be shown at the Frankfurt Auto Show with a showroom release by the end of the year. This would allow Chevrolet to get a head start against most of its aging competitors. The price is likely going to be the same as that of the current model which is in fact great news because the next generation car is going to be better in every way. 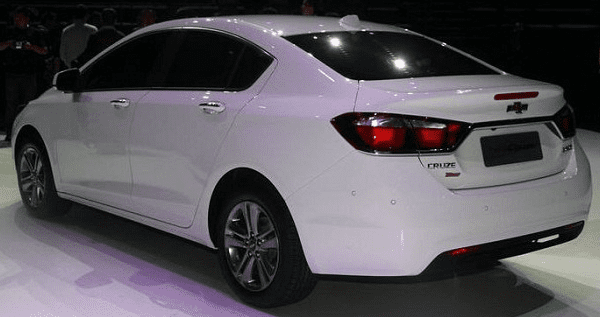 Let’s start with the design of the 2016 Chevrolet Cruze because this is likely going to be the most important aspect of the car. The current model is quite good looking and the Chinese version is even better but it seems that the US version will get a blend of the two. The front end is going to be quite similar with the Chinese model with the same big front grille and slim headlights which also made an appearance on the Volt. The back of the car on the other hand is going to be a bit more angular than the Chinese version with an exposed dual-exhaust on the more powerful versions of the car. The wheels are also going to be different with the American model receiving steel wheels on the most basic model. 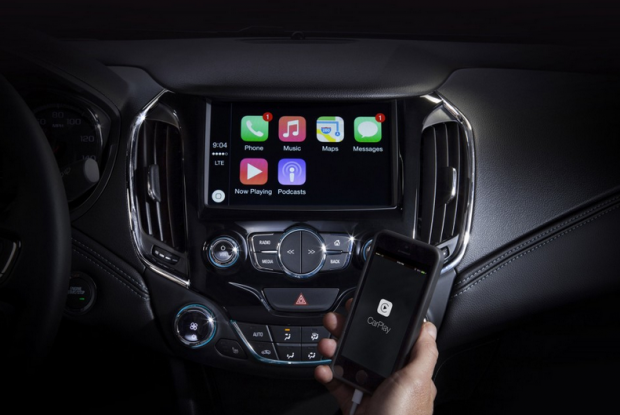 The interior will not only grow in space but also in quality. The base model will get a 4.3 inch touch screen which is going to control the infotainment system, an 8 speaker audio system, leather-wrapped steering wheel, air conditioning as well as electric windows and mirrors. The top end versions on the other hand will get an 8 inch screen which will support Apple’s Car Play at launch and later down the road the Android Auto, both of which will allow the control of the phone via the interface of the car, allowing the driver to get satellite navigation, internet access as well as a customized experience without paying anything extra. 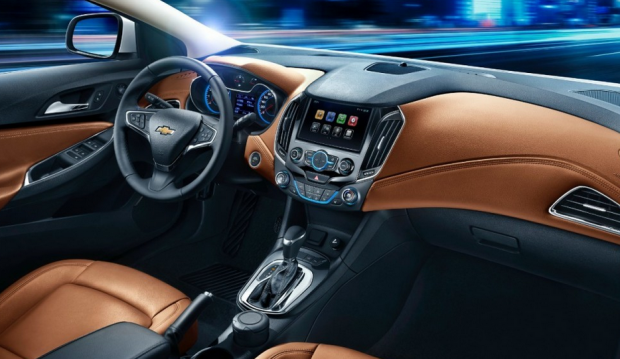 Engine wise, the 2016 Chevrolet Cruze will be quite different than the ongoing model. Firstly, it might be one of the first American compact cars to use a diesel engine, a 2 liter turbocharged inline 4 with up to 160 horsepower. The base will also be changed to a naturally aspirated 1.5 liter engine that will only be offered with an automatic gearbox and a Start/Stop system in order to get an improved fuel consumption. This particular engine will offer 113 horsepower and 110 lb-ft of torque which is a bit worse than the competition but it should make up with an over 37 MPG on average figure. The current announced top of the range engine seems to be the 1.4 liter turbocharged inline 4 which in the Cruze is going to make 150 horsepower and 173 lb-ft of torque which can barely be described as adequate.