BMW decided last year that their sport cars couldn’t have the same name as the regular cars, so the 1 Series Coupe became the 2 series. This is how the 2015 BMW 2-series Convertible was born.

The car hasn’t been released just yet, only the coupe being available at this time on the market but it is going to be available for sale starting with the end of 2014. The car is quite new and won’t offer all the engine options on the Coupe but this was expected considering most other convertibles from BMW throughout the years offered exactly the same recipe.

However, the new Convertible will offer quite a lot for your money, especially when compared to the Coupe. Price will start at roughly 38.000$ for the base car and it will go up to as much as 55.000$ for the top end model. Prices are quite similar to that of the Coupe which is nice considering the previous price scheme. 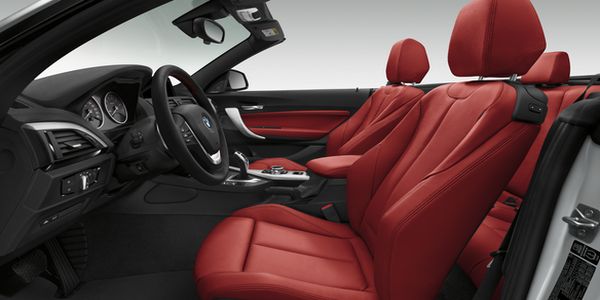 Its interior will be identical to that of the Coupe which means you will get dual zone climate control, a premium audio system with not one but two subwoofers, leather upholstery and even a satellite navigation system as standard. Options will include 17 way adjustable seats with heating and ventilation system, leather dashboard with aluminum or carbon inserts and an even better audio system from Harman/Kardon.

The exterior will be similar to that of the original Coupe, meaning the front and back of the car will be almost identical, the only difference being the center post and the roof, which on the 2015 BMW 2-series Convertible can be removed. Unlike the 4 series, the 2 series Convertible has a cloth roof which means it is lighter and also better looking in the eyes of some people, sticking to the original BMW spirit.

These two engines will come as standard with a 6 speed manual gearbox and rear wheel drive which is a brilliant combination when you take into account it comes with a limited slip differential. Optionally you will be able to choose a more refined 8 speed automatic gearbox with paddle shifters on the steering wheel, in which case it will allow the car to hit 60 MPH in less than 6 seconds, no matter the engine choice. There is also a four wheel drive xDrive system available for the inline 6 model when it is equipped with the 8 speed gearbox.

The latest spy photos reveal excellent and aggressive look of brand-new BMW X1. We can expect great improvement of both, …

The CX-5 is the best selling crossover in the US thanks to a good combination of engines, chassis as well …