The Tacoma was the only model Toyota still wasn’t able to update by 2014. However, this change with the announcement of the 2016 Toyota Tacoma which was going to be a major redesign of the truck. Toyota kept it all under wraps until a few weeks ago when leaks started to show. The final production model was released at the Detroit Auto Show and the Tacoma is a lot better than expected. It still uses a very similar chassis to the older model which still is a bit of a let down considering many people though it was going to use the same chassis as the new Hilux.

On top of the improved chassis, the 2016 Toyota Tacoma has a completely different styling, a brand new interior which is not only better in terms of quality but has also a much better layout which should give the driver a much better experience behind the wheel. The 2016 Toyota Tacoma model also has a new engine which we’ll discuss later as well as a few different trim options.

The base price is expected to stay quite low, so expect the Tacoma to cost around 18.000 dollars for the base model and as much as 30.000 dollars or even a bit more for the top end model. The showroom release date is going to be in the summer of 2015.

Its interior, just as we said before, is going to feature a lot of improvements over the previous car. The base model will still be quite bare in terms of equipment but the quality went up for sure. It now has a soft plastic dashboard, better seats as well as a waterproof mats on the floor. Standard equipment will include air conditioning, a 4 speaker audio system with USB connectivity as well as a multifunctional steering wheel and adjustable front seats. The top end model will go as far as leather upholstery, satellite navigation, automatic air conditioning and even electric front and rear seats with a refrigerated compartment. 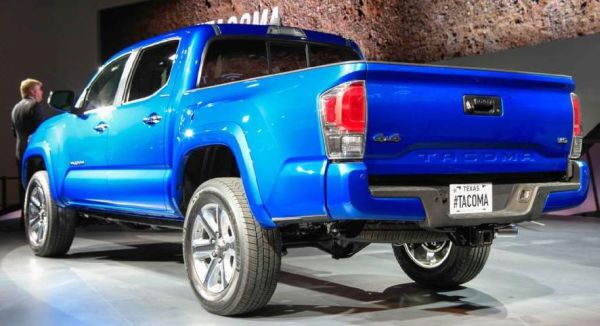 On the outside, the 2016 Toyota Tacoma will borrow heavily from the new 4Runner as well as from the Tundra. The front end will get the same hexagonal grille as the 4Runner with slim headlights which now are available with LED technology while the sides of the car as well as the back are a lot more muscular than before with black plastic inserts which are there to protect it from rocks. The stock wheels are 16 inches and the car can be had either with normal tires all all terrain tires. 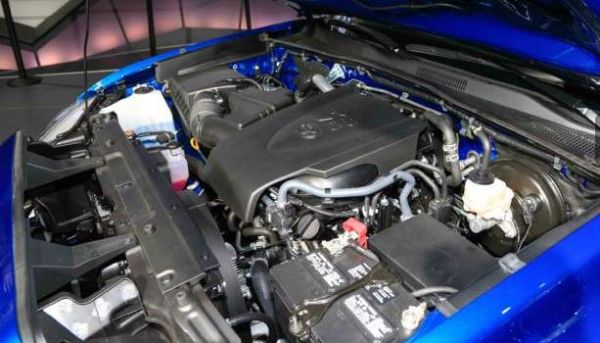 Engine wise, the 2016 Toyota Tacoma will come as standard with a very similar 2.7 liter inline 4 as the previous model but this time the engine is going to make a bit more power than before. 180 to 190 horsepower are expected from it and unlike the 2015 model, the new car will get a brand new 6 speed automatic gearbox and rear wheel drive or an optional all wheel drive system. Thanks to the improved gearbox, the Tacoma should easily get more than 24 MPG on average which in the previous model was pretty much impossible.

The old 4 liter engine has been replaced with a 3.5 liter V6 which comes directly from the Highlander. This is going to be available as standard with a 6 speed automatic or an optional 6 speed manual and just like the base engine, it will come in either rear wheel drive or all wheel drive. This new engine is going to make more than the 236 horsepower of the older V6. Some expect around 280 horsepower and this isn’t that far from the truth considering the cars equipped with it make from 270 to 290 horsepower. A hybrid or a diesel have not been announced just yet but a diesel will most likely is going to be introduced by the end of 2017.